Of all of the compelling reasons to buy an iPhone is one feature in particular has elevated the handheld device to a new level of necessity for business owners and marketers: the iPhone now films and records video in 4K ultra-high definition (UHD) video. The iPhone lineup from iPhone SE, iPhone 7 and iPhone 6S offer complete, end-to-end, 4K promotional video production, in the palm of your hand. This is impressive.

4K is four-times the resolution of high-definition (HD) video, and it is the same high-resolution standard that digital-projectors in cinema theaters showcase the latest Hollywood films. UHD is the consumer brand name “almost 4K” for TVs that can show 3840 by 2160 pixel footage. 4K is replacing HD, and consumers will be looking to view their content in the latest resolution. In most situations, you can refer to UHD and 4K as the same specification – really high resolution video.

Thanks to the iPhone 6S that launched in 2015, now 4K or UHD is available for every non-governmental-organization (NGO) employee, every high-school or film student, every marketer in a company, and every self-employed business owner.

Here is a tongue-in-cheek example of how impressive the video quality of the iPhone is:

Visualize the possibilities. 4K is HD on steroids – twice the pixels horizontally and vertically: four times the detail. 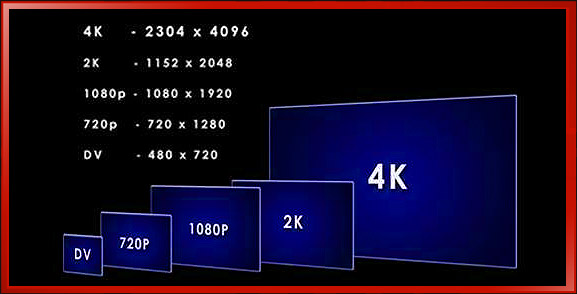 YouTube can host and play back 4K video. Video that is of higher-resolution will be sought after by viewers as it is higher quality, unique and considered more ‘professional’. After all, most cameras that people currently own do not film in 4K.

Video standards change, and it took quite some time for HD to be fully adopted. However, with the world embracing broadband fast Internet, and the fact that computers and hand-held devices such as mobile phones and tablets are so powerful now, 4K will be adopted much more quickly.

Why This Matters to You: Content that is 4K will be more desirable and often chosen to be viewed over lower-resolution video work. And with it, older video standards will fall by the wayside as it is outdated. Rest assured – all video filmed in the 4K resolution can easily be scaled down to lower resolution standards, if this is required.

Bottom line: Filming any video you do in 4K will future-proof your work now, because if you film in HD, you’re already dating your efforts.

Reason 2. The iPhone is more powerful than ever before. 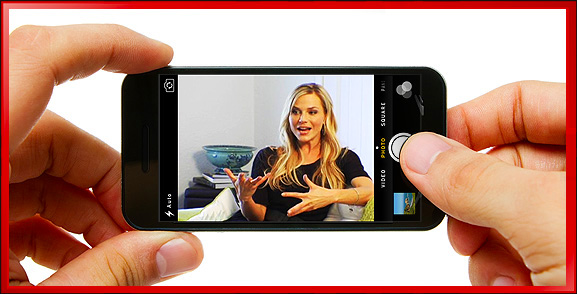 Powered by the A9 “desktop-computer-class” 64-bit processor, the iPhone 6S and iPhone SE are fast, and powerful. 70% faster than the outgoing A8 chip in previous iPhones, this new processor was designed to be more than capable of handling the large amount of pixels inherent in 4K video. Impressively, the graphics processing unit (GPU) on the A9 chip is a stunning 90% faster than the outgoing A8! iPhone 6S and SE models are good to go.

And as you would expect, the iPhone 7 is even more impressive with it's A10 processor. As reported by Techtastic: “The A10 processor will allegedly be 18% faster than the A9 chip in the iPhone 6s.”

The iPhone series are powerful enough to produce professional-level video.

Why This Matters to You: You want to know that you’re going to be able to edit the glorious 4K video that you film with an iPhone – rest assured, you will be able to effortlessly film and edit.

Bottom line: The iPhones are ready to shoot and edit good video with ease.

Reason 3. iPhone is the least-expensive 4K production platform. Ever. 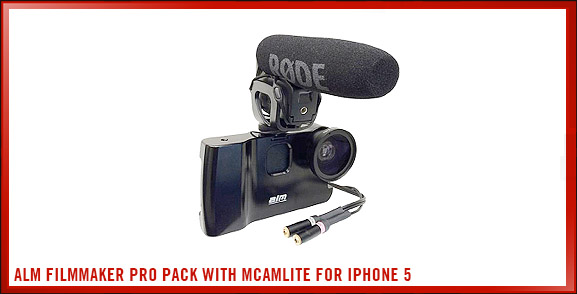 The entire post-production process can be done all within the palm of your hand! Really. An effectively planned and filmed video shot with an iPhone is suitable for interviews, training videos, production demonstration videos and even broadcast television.

With video on the iPhone, you can edit anytime – and it’s a breeze. The standard Apple iMovie app is powerful, integrates fully with the iPhone 6S, is very inexpensive, and easy to use.

Why This Matters to You: With iMovie, you can pull your iPhone out, open a project or record video, and on the spot, add video clips, titles, sound effects, music and still images to create a professional video, right in the palm of your hand.

Bottom line: Most smartphone users keep within three feet of their mobile phone. With an iPhone, you always have your high-quality camera and editing studio with you.

Reason 4. Your Competitors will be Filming in 4K too. 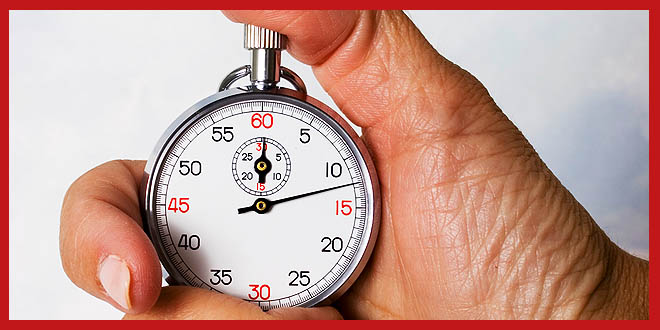 4K is hot and getting hotter. As more organizations discover that they require a promotional video to communicate effectively, they too will look into either hiring a video production company, or buying the gear and creating a plan to do the work themselves. And rest assured, like you, they’re aware that 4K is here, and here to stay.

Professional-level 4K video cameras cost an average of $3000-$8000 USD, and yes, film at the same 4k resolution as the iPhone 6S. 4K is the standard replacing HD and the resolution is superior and the image is sharper. In the television, film and video world, 1080P HD (resolution of 1920 wide by 1080 pixels in height) has been a standard for over a decade, filling out the upper end of the spectrum as “highest” resolution available. 4K has been steadily been making inroads into the consumer market place in the form of TVs and devices that can play the video quality.

Why This Matters to You: Beat your competitors to the finish line, or if you’re a non-profit, lead by example.

Bottom line: 4K is available now, and it comes ‘free’ with the new iPhone 6S.

You Can Film, Edit and Upload your 4K Video 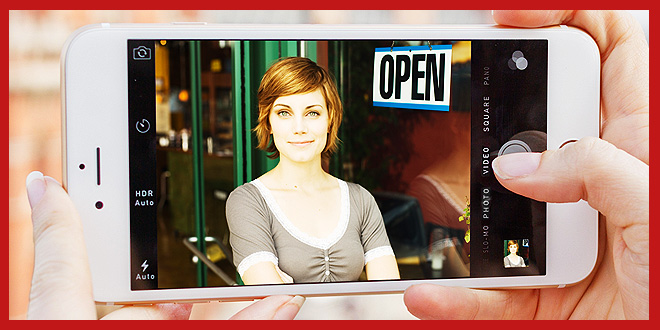 Now, entirely thanks to its 4K video recording features, the iPhone 6S has turned into the most portable full-production device available. Coupled with iPhone specific gear, such as microphones and lights, the iPhone can take on a new level of professionalism.

How Much Storage Does 4K Need?

4K video, due to its four-times the size of 1080P HD video (double the height, double the width) takes up more storage space on the device recording it.

If you own an iPhone with the intent of using it as a video production tool, it will absolutely be in your best interest to opt for the largest storage option you can afford. 64GB or 128GB will be a smart option to choose.

If for some reason you opted for the 16GB version, which is reality only has 12GB free storage, if you didn’t have any additional apps, photos or music, you’d fill it up with a mere 30 minutes of footage! When filming promotional videos, it’s common to do several takes, so 30 minutes of footage is just getting started with real production.

Note, by default, on newer iPhone models, they will only record HD. You must opt to turn on 4K yourself by going to: Settings > Photos & Camera > Record Video to switch it over.

No other mainstream device does what the iPhone has done with such ease for video. You film with the iPhone, then edit right on the device using iMovie or an app or your choice, and then export and upload right from the device. No fuss with cables or memory cards or software updates with your computer to use editing software.

The iPhone is an end-to-end solution for 4K video production for “do-it-yourselfers” in businesses and organizations that need video. 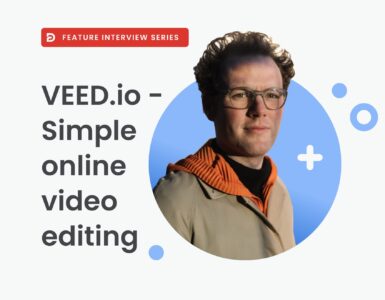 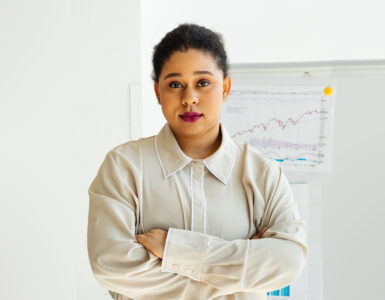 Speak on Screen with Confidence: How to Use Teleprompter in Video Making

Teleprompter's allow for magic on screen - how else can an average person speak with such uninterrupted confidence while staring at the camera for long periods of time? 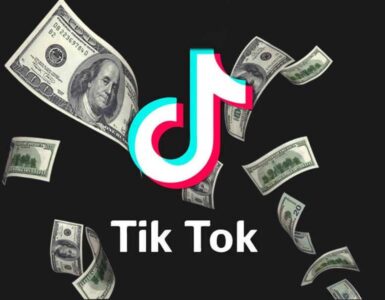